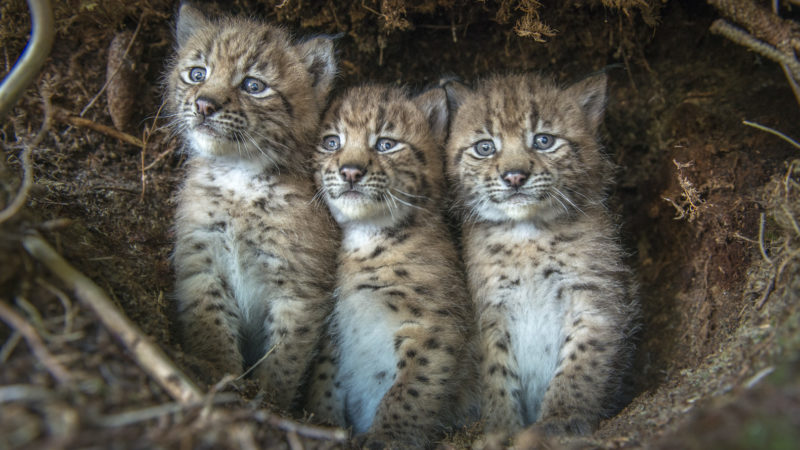 from Bristol Wildscreen Festival returns next month for its first in-person event since 2018, October 10-14. Renowned for its Panda Awards and for providing a forum for the greatest filmmakers, storytellers and conservationists of the natural world, Wildscreen also offers the opportunity to see some of the best new movies. Tickets are on sale now for the 2022 Official Selection program, which includes six premieres accompanied by Q&As with the filmmakers. The screenings take place at the Cube and on the former IMAX giant screen of the Bristol Aquarium. Eyes down for all the details:

Swiss filmmaker Laurent Geslin traces the wild daily life of a lynx family through the seasons. He will be present for a Q&A after the screening.

My garden with a thousand bees

Panda Award nominated in five categories, famed Bristol wildlife cameraman Martin Dohrn’s lockdown film focuses on bees in his urban garden, revealing many fascinating stories. Martin and director Dave Allen will be on hand for a Q&A after the screening.

Wildlife filmmaker Lawrence Wahba explores the ecological disaster caused by the worst wildfires in the history of Brazil’s Pantanal World Natural Heritage Site, recording the efforts of firefighters, vets, researchers, villagers and volunteers to save animal lives and protect the biome. Lawrence and producer Jefferson Pedace will be on hand for a Q&A after the screening.

Spanish filmmaker Andoni Canela offers a different take on big cats, through his son Unai’s adventures across four continents. Andoni and Unai will be on hand for a Q&A after the screening, along with producer José María Morales.

mother of the sea

Nicholas Brown’s short film based on the Inuit folktale about the dangers of disrespecting nature updates this “living history” to incorporate plastic pollution and climate change. Screened in double program with . . .

In a documentary filmed over ten years, Anita Yeti tells her own coming-of-age story as a young Waorani woman living deep in the Amazon rainforest. She is the granddaughter of one of the last former Waorani, who lived in complete isolation before any outside contact. The film captures her transition from a quiet teenager to a confident young mother at a watershed moment for her culture and the rainforest. Co-director Keith Heyward will be on hand for a Q&A after the screening.

A short film about women directed by an all-female crew, I Am Capable tells the story of Amira Patel, who set out to create a safe space for Muslim women outdoors in the English countryside. She founded the group Wanderlust Women and found a love for wild swimming during lockdown. Director Roxy Furman will be on hand for a Q&A after the screening, which is part of a doubleheader with . . .

Unexpectedly and against all odds, a Muslim chaplain, a French biologist, a Qatari princess and eight other women from the Arab world and the West attempt to ski through the melting Arctic ice to the North Pole. Led by veteran polar explorer Felicity Aston, they navigate between frostbite and polar bear threats, sexism and self-doubt in an intimate story of resilience, survival and global citizenship. Members of the expedition team may be present for this screening (to be confirmed).

Wildscreen would like to add that the screenings are supported by the BFI Film Audience Network, which grants funds from the National Lottery in order to bring these films to more audiences in the South West. Tickets are now on sale here.