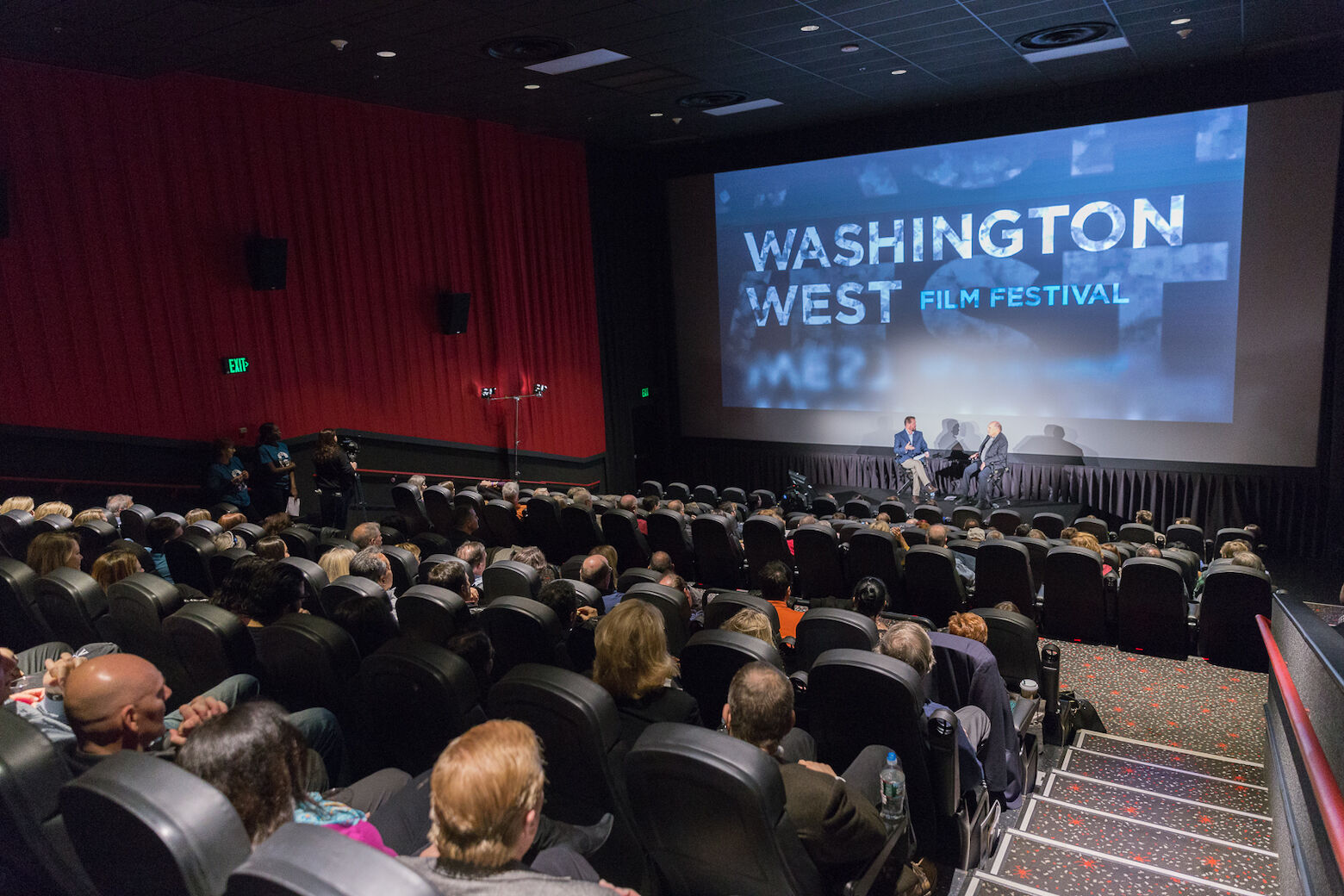 The Washington West Film Festival had to postpone last year due to the pandemic. Now it comes back to life to celebrate its 10th festival from Thursday to Monday.

The Washington West Film Festival had to postpone last year due to the pandemic.

Now it comes back to life to celebrate its 10th festival from Thursday to Monday.

“We’re super excited,” founder Brad Russell told WTOP. “Last year was super tough for everyone, including us. We weighed the virtual and all the options and decided that it would be better to kick until 2021.… We are there! About to celebrate our 10th anniversary.

In addition to Reston Town Center, the festival is expanding to two new locations.

“Capital One Hall is officially open now,” said Russell. “We are very happy to be at Tysons Corner in addition to Reston Town Center. … We’re also in Tysons at ShowPlace ICON, one of the best theaters I’ve ever seen. It’s in Tysons Boro. It is brand new. They opened eight days before the pandemic closed them, so they just reopened. “

It kicks off Thursday night with the screening of “The French Dispatch” by Wes Anderson.

“Super excited to have advanced DC screening,” said Russell. “He’s delayed the release of this due to the pandemic, so he’s really excited about this release. It performed very well in Cannes and received a standing ovation of nine minutes. … We are delighted to open the festival with. … Founding Farmers takes care of the catering [our] opening night after. … Come hungry.

Friday returns to Reston Town Center with two dual features. The first block is called “Making Your Mark”, with “Love Reaches Everywhere” and “The Shoulders of Giants”.

Gerard Butler is in a documentary where he decides to go visit and serve with his mother’s Mary’s Meals nonprofit and ends up [in] Third World countries; it’s one of those teary, inspiring films, ”Russell said. “[Then], Quinn Early, who was a well-known football player with a great NFL career, made a film about Frank Holbrook, Iowa’s first African-American athlete.

The “Beyond Limits” “Against the Current” and “Last Known Coordinates” block screens.

Saturday opens with a screening of the 75th anniversary of “It’s a Wonderful Life” by Frank Capra.

“You don’t get the chance to say a 75th anniversary screening every day,” Russell said. “It’s one of everyone’s favorite movies. It is still in the Top 10 of the best films. … There will be family treats, Christmas cookies, hot chocolate, that sort of thing, so this is definitely a family screening.

“His father is arrested but Luiz is crossing the border,” Russell said. “It’s a really interesting and very open-minded story about a kid coming to America as an immigrant, undocumented and ICE agent that’s really intriguing. She’s following a story, but she’s also a Cuban-American immigrant, so there are a lot of mixed emotions on both sides.

You can also see “A Crime on the Bayou” with lots of racial comments.

“It really just shows some inequality in the 1960s,” Russell said. “Gary Duncan was wrongly jailed for interrupting a fight between a white child and a black child. He was a high school student. DC lawyer leaves DC to travel to New Orleans to defend him. A very beautiful story. “

Saturday culminates with the closing screening of “Mission: Joy”.

“Unseen footage of the close and endearing friendship between Desmond Tutu and the Dalai Lama,” Russell said. “Lots of laughs, it has a lot to do with the world we live in today with a lot of divisions, how these two different people who think differently about a lot of aspects of life have such a great friendship.… Capital One Hall has a stellar rooftop beer garden for the closing night.

While Saturday is officially the closing night, bonus events include Sunday and Monday.

“The Big Sunday we always love is the student showcase at George Mason University,” said Russell. “Their faculty selects the seven or eight best films, we screen them, then our jury selects the best student film. Monday night, we close the festival with our annual free screening at the Reston Community Center. It’s “The Blackest Battle”, a hip-hop musical. … I can’t wait for this.

Best of all, 100% of the proceeds are donated to four local charities.

“We donate every penny of our box office to help children at risk,” said Russell. “The Evans Children’s Home in Winchester; Blueprint is a brand new nonprofit organization in Baltimore; Virginia Kids Belong, a hospitality program in the state of Virginia that does amazing and inspiring things for children; and then, The Children’s Inn at NIH Hospital. These are the four recipients of our box office dollars this year. “

Listen to our full conversation here.