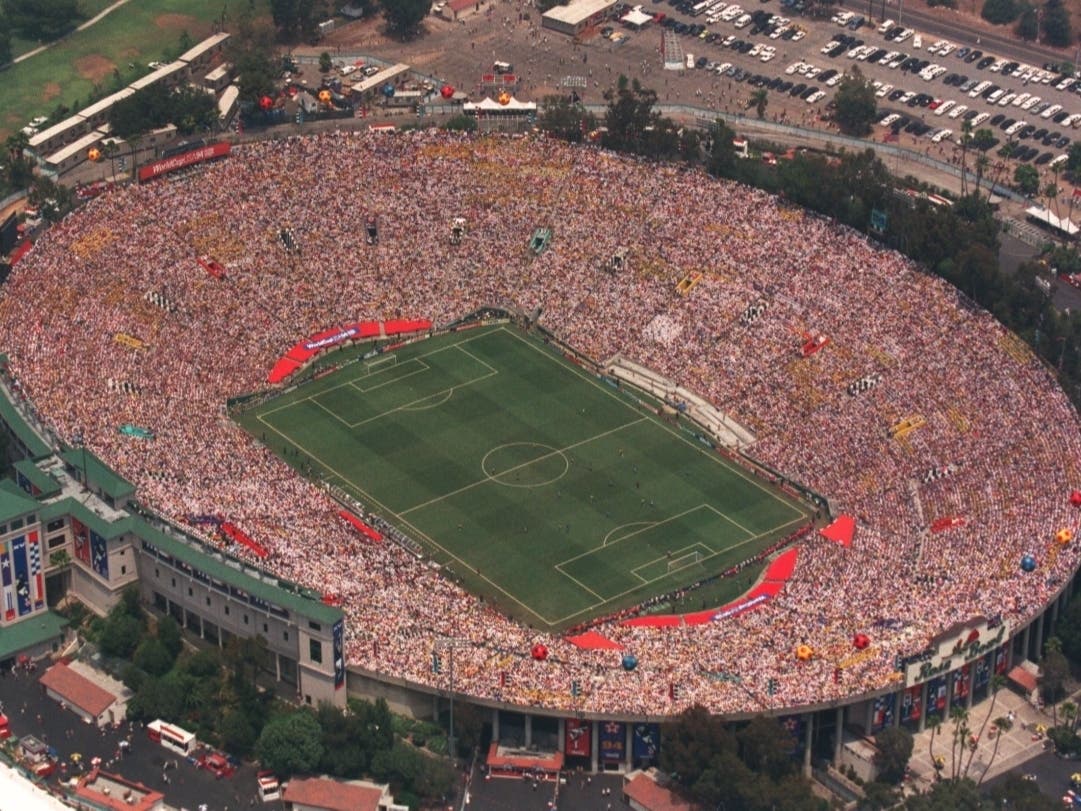 LOS ANGELES, CA – The Los Angeles World Cup Host Committee hosted FIFA delegates over the weekend to show them venues in the area as part of a bid to bring the 2026 World Cup in the Los Angeles area.

FIFA World Cup matches in 2026 are set to take place in the United States, Mexico and Canada, and FIFA will visit the venues this month as it finalizes its selection of venues.

The organizing committee arranged tours of Rose Bowl Stadium, SoFi Stadium and Hollywood Park, along with other proposed venues for training sites, international team base camps and the official FIFA Fan Fest. Delegates also toured the Grammy Museum, attended a reception at Sony Pictures Studios and took part in other activities that the organizing committee deemed unique to Los Angeles.

“We are pleased to have welcomed the FIFA delegation to Los Angeles this weekend,” said LA Galaxy Chairman Chris Klein. “During this visit, we had the opportunity to showcase the resources and infrastructure of Los Angeles, as we believe the city will be an ideal location for the most famous tournament in the world. LA is the city of the world and we are ready to bring the World Cup to Los Angeles in 2026.”

“It was an honor to meet with the FIFA delegation this weekend and help showcase the incredible venues and our vibrant city of Los Angeles,” said LAFC Co-Chair Larry Freedman. “We know LA is one of the premier cities for football in the world, and we are delighted to continue to work with our partners and the host committee to ensure our vision for the World Cup becomes a reality here.”

Los Angeles hosted matches at the 1994 World Cup and the 1999 Women’s World Cup.

“The Los Angeles area has a rich history of hosting the world’s greatest sporting and entertainment events, a privilege that consistently benefits our entire region,” said Kathryn Schloessman, President and CEO of the Los Angeles Sports & Entertainment Commission. “We are grateful for the consideration of the FIFA delegation, as hosting the FIFA World Cup here would strengthen our local businesses, drive philanthropic impact and unite all Angelenos through the Beautiful Game, as it has done before.”

Independent film: with more live programming, even the smallest theaters are moving away from virtual screenings