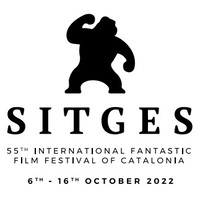 Hold on to your butts, the Sitges Film Festival has just opened its feature film submission period. One of the most renowned genre festivals in the world, a place in Sitges is highly sought after. These are great laurels to have by the end of your festival.

Also, not in today’s announcement, but noted in the additional materials, is that Sitges will go ahead with a hybrid edition this year. The festival is planning an in-person version and an online version of the festival in October. If things go wrong (please, no), the festival is ready to go live only.

The Sitges – Catalonia International Fantastic Film Festival, which will hold its 55th edition from October 6 to 16, has opened its film submission period.

Today, March 1, 2022, the Sitges Film Festival has opened its feature film submission period, adding the ‘feature documentary’ category to the list of possibilities. Filmmakers, production companies and distributors who wish to do so can submit their films until July 15, the deadline for all categories.

The Festival’s programming committee is actively working and making progress in screening and selecting the first films that will participate in the Festival this year.

The companies owning the films selected by the programming committee will receive a registration file in order to formalize their participation in the competition.

The Festival will only contact the owners of the films selected by the committee. The Festhome platform is the only official system for submitting films. The organization will not accept other formats or any other system than this one.