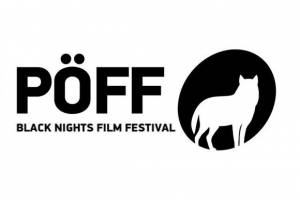 Tallinn Black Nights Film Festival aka PÖFF has announced the dates for its 25th anniversary and opens registration for the main festival and the sub-festivals PÖFF Shorts and Just Film.

In 2020, Black Nights received over 1,500 feature film submissions, while over 4,100 short films and animations were submitted to PÖFF Shorts.

On
Tallinn Black Nights Film Festival is the only competitive non-specialist film festival recognized by the FIAPF in Northern Europe and since 2014 accredited to organize an international non-specialist feature film competition with 14 other film festivals around the world. It has become a regional gateway for international film and film projects, bringing auteur cinema to local moviegoers and helping films start/continue their festival and find distribution. Each year the festival is visited by an increasing number of journalists, festival representatives, producers, distributors, sales agents and filmmakers – as well as almost 1200 accredited guests – and covered by major film magazines and commerce of the world, having a potential global auditorium of over 9 billion people.

Unique.Earth helps preserve nature and biodiversity by creating a market for natural capital where eco-friendly businesses can connect directly with land and forest owners and invest in sustainable land management – ​​and thereby offset their own ecological impact. Single.Earth makes sustainable land use financially feasible for landowners and impactful for environmentally conscious businesses. Additionally, Single.Earth brings transparency to the field by working with secure distributed technologies like blockchain.

The festival press office is happy to answer any questions regarding accreditation, press screenings and conferences and help arrange interviews with festival guests.

Press and event accreditations: This email address is protected from spam. You need JavaScript enabled to view it..