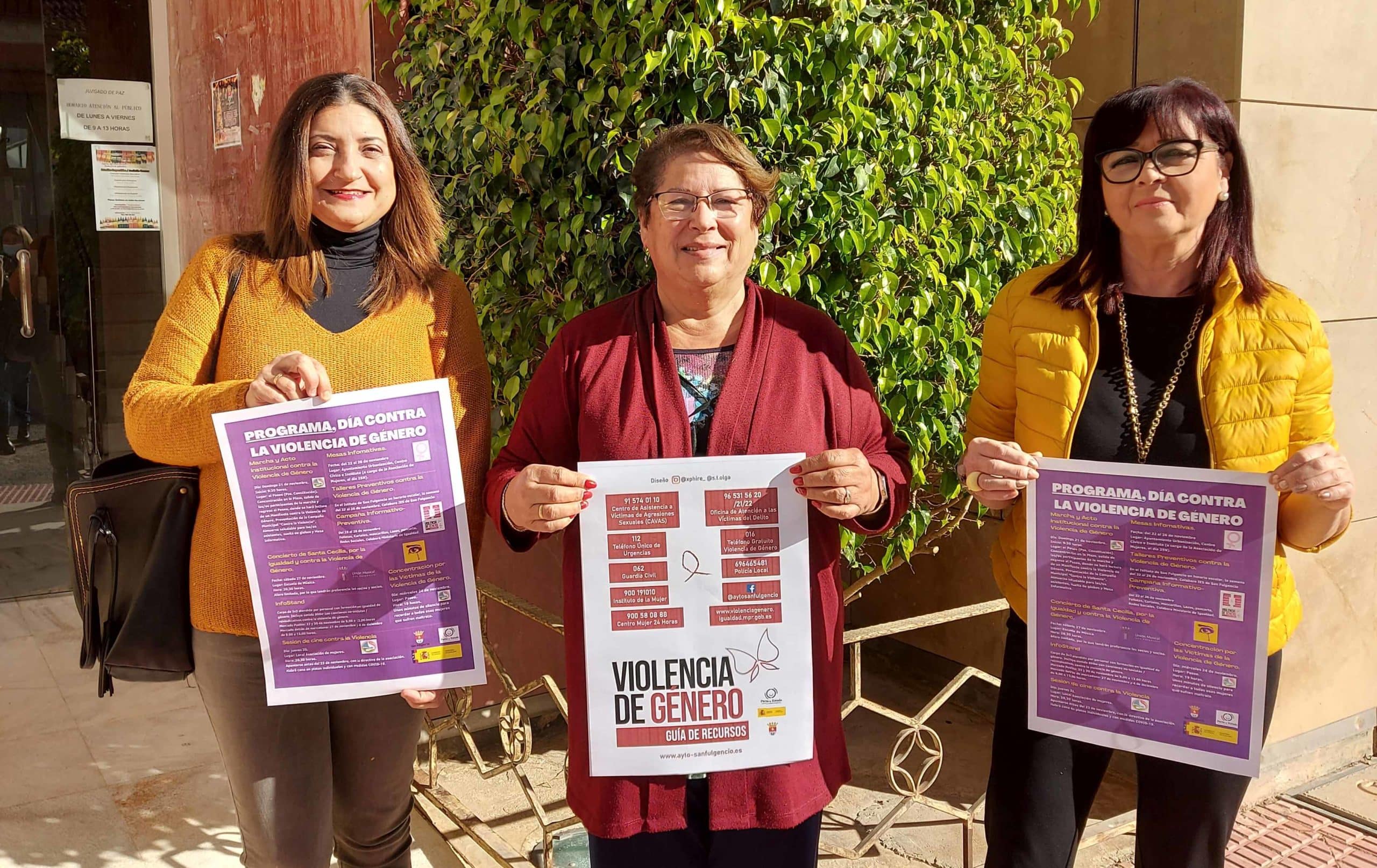 11/16/2021 – The Town Hall of San Fulgencio announced the events planned to commemorate the International Day against Gender Violence in the Municipality, organized by the Department of Women, headed by MÂª Ãngeles FernÃ¡ndez, the Department of Social Protection and Equality Policies of the village, headed by Josefa Sampere, and the Department of Social Protection of Urbanizations, Samantha Hull. In this sense, Fernandez indicated that “since the town hall, we unite for another year to say ‘enough’ to this problem of society and offer our support to all these women who suffer from it”.

Thus, and in collaboration with the association ‘Mujeres Unidas de San Fulgencio’, a walk through the municipality has been organized on Sunday, November 21, which will begin in the Plaza de la ConstituciÃ³n in the city center at 9:30 am.

Once the march is over, “we will proceed to the reading of the manifesto, where we will remember the 37 women murdered for this cause in our country since the beginning of the year 2021”, said FernÃ¡ndez. The association also encourages participation in the rally on Wednesday, November 24 which “like every Wednesday at the end of the month, is organized in memory of women who suffer from gender violence,” said the city councilor. It will also take place in the Plaza de la ConstituciÃ³n, from 7:00 p.m.

The main activity of this year is the information and prevention campaign against gender violence, funded by the State Pact of the Ministry of Equality, which will take place in various neighborhoods of the municipality during the month of November. The action includes the installation of information tables on Thursday 25 in points such as the town halls of the urbanization and the city center and the Civic Center.

Another of the places where they will be placed will be in the IES La EncantÃ¡ section during recess, “with the aim of making young people aware of this problem and that they know how to recognize the first signs of danger”, says Sampere. .

This campaign also includes workshops in classrooms for 3Âº ESO and 4Âº ESO students, as well as the installation of an information tent on 23, 27 and 30 November and 4 December, coinciding with the celebration of the market. in downtown and urbanization, “to raise awareness of the various municipal resources and support networks that women who unfortunately find themselves in this situation can turn to,” said Hull.

The activities will continue from 8:30 p.m. at the headquarters of the women’s association, located on Avenida de Guardamar in San Fulgencio, with the screening of a film related to the theme that will need to be registered before Tuesday 23. Also, on Saturday 27 from 8.30 pm, the â€œConcert of Santa Cecilia and against gender violenceâ€ will take place at the Music School, offered by the Musical Union of San Fulgencio. Entry is free until full capacity is reached.

The elected officials wished to invite the entire population, always in compliance with the precautions against Covid-19, “to participate in these events through which we want to raise awareness of this problem which affects so many women”, specified the council of Social Welfare of the urbanization zone.

For his part, Sampere also said that the municipal council of San Fulgencio “will continue to work every day of the year to help women who need it, as well as to achieve equality between men and women in the municipality. “.

7 events not to forget this summer in Melbourne