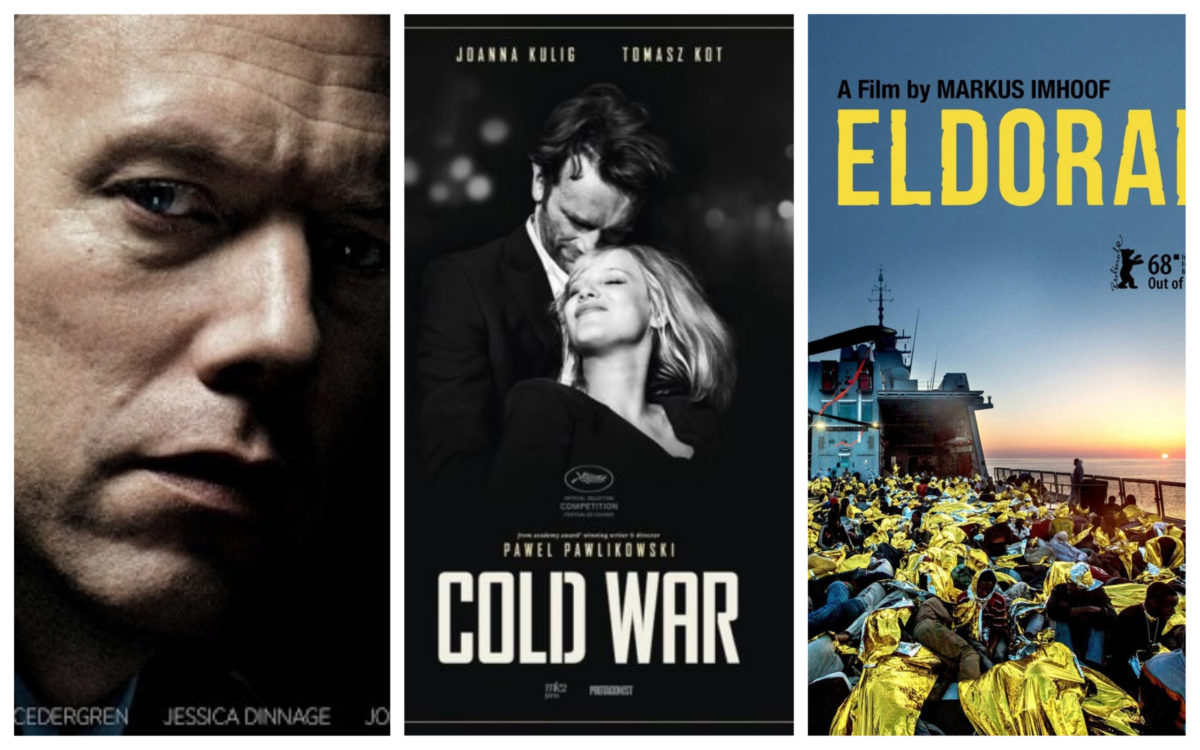 The competition for the coveted OscarÂ® for Best Foreign Language Film 2018 produced dozens of well-directed films from around the world. With way too much to cover, I’ll limit my reviews to some of the European entries.

If I had to tell you that almost all of the film takes place in a small booth inside a police station where Officer Asger Holm, pending the outcome of an internal investigation into his activities, was assigned to man what would be the equivalent of our 911 emergency line, you would think the movie would be claustrophobic with all the action taking place within such close limits. Normally you might be right, but thanks to Gustav MÃ¶ller’s brilliant direction of “The Guilty” and Jakob Cedergren’s dizzying performance as a cop faced with both this impending murder and his own demons, the rather, film has an advantage. A relentless, tension-filled thriller serving up unexpected twists and turns. Briefly, a call comes in from a woman claiming that she was kidnapped by her husband at the threat of a knife and that she fears he will kill her. The line suddenly goes out and what follows is a cat and mouse tale as the officer must use all of his mind to save this woman. MÃ¶lle’s directorial debut meticulously drives the tension-filled narrative, which will keep you on the edge of your seat until the very last second of the film.

This visually stunning black and white film directed by Pawel Pawlikowski, with haunting cinematography by Åukasz Å»al, got my vote for best foreign language film.

It’s an epic, sizzling love story that begins in the shadow of the Cold War in 1950s Poland and takes us on a fascinating and passionate fifteen-year journey, as two doomed lovers, beautifully interpreted by Joanna Kulig as Zula and Tomasz Kot as Wiktor, are magnetically drawn to each other over the years but fail to keep their relationship viscerally passionate. In addition to Poland, their adventures take them to Berlin, Yugoslavia and Paris. In his quest to restore traditional Polish folk music, Wiktor and his team travel the Polish countryside to record and audition singers and musicians for their Mazurek folk music troupe, based on an actual troupe. At the opening, we hear a cacophony of voices as young men and women audition. It’s a most delicious start, which fully captures your attention and makes you smile. It is in this setting that Wiktor falls desperately in love with the young, beautiful and quite sexy, but perhaps deceitful Zula who lets herself be captivated by her unbridled attraction. You might remember the director won an OscarÂ® for his brilliant â€œIdaâ€. â€œCold Warâ€ is equally compelling cinema and in countless ways, due to the complexity of the narrative, more worthy of celebration than current favorite â€œRomaâ€. While this is another example of excellent cinematic achievement, compared to ‘Cold War’ it is a small slice of life history beautifully written, directed and photographed by Alfonso CuarÃ³n Orozco . Yalitza Aparicio gives a knockout performance as the Cleo Family Housekeeper while her directing captures the drama and textures of a wealthy little Mexican family set against a backdrop of street violence. His use of aquatic imagery almost becomes a fascinating character in the film.

“Eldorado” director Markus Imhoof draws on a very personal story from his childhood when, during World War II, his family welcomed a young Italian girl named Giovanna whom her parents eventually adopted. Using this as a springboard, he

illuminates unimaginably harsh conditionsfaced by refugees trying to flee Africa to Europe. Zooming in painful close-ups of overcrowded boats and the desperate faces of those trying to flee to safety, his camera highlights the harsh reality of what these desperate people endured on the Mediterranean Sea, in Lebanon, Italy, in Germany, and in Switzerland.

While the storytelling is very confusing at times, the film couldn’t be more timely given what takes place as refugees from South America attempt to reach our southern border in search of refuge from the conditions dangerous and potentially fatal that they flee. Perhaps one day the current administration will reread and honor the words written on the Statue of Liberty:

Give me your tired, your poor
Your curled up masses yearn to breathe freely
The miserable rubbish of your teeming shore
Send them to me, the homeless, storm-shaken
I raise my lamp next to the golden door