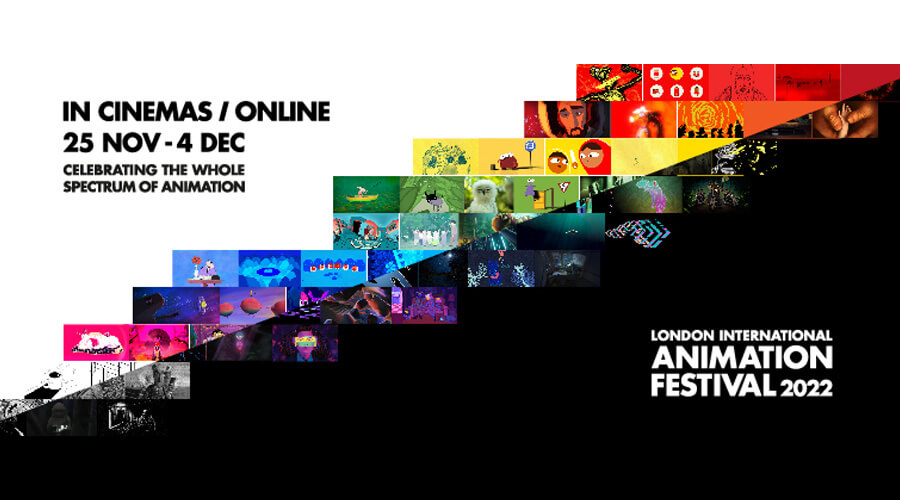 The London International Animation Festival (LIAF 2022)the UK’s biggest, longest running and most eclectic animation festival, returns for its 19e year with a gigantic 10-day party of forums, on-screen talks and 229 of the best animated shorts and feature films from around the world.

We are really delighted to be back for our live audiences at 5 London venues – the Barbican, Garden Cinema, Horse Hospital, Close-Up Cinema and Puppet Theater Barge.

But for those unable to make it to London, the program will also be available online via digital screenings on our streaming platform, bringing the best of animation straight to people’s homes. This means many more people across the country and around the world will be able to experience LIAF for the first time. Everything our audience loves about LIAF is being turned into a virtual version; screenings, industry panels, filmmaker presentations and conferences.

Screenings and talks will be available daily from November 25 through December 4, alongside live and pre-recorded panel discussions with many of the world’s most prominent hosts and industry players.

As always, this year’s uncompromising program promises to inspire, delight and challenge the idea that animation is only for the 3D CGI blockbuster genre or cute cartoons for kids. Indie animation is an art form that continues to thrive and develop as a stunning mix of styles, materials, techniques and production – from hand drawing, glass painting, collage, sculpture, cutouts, puppets, abstract, sand/salt, to some of CGI’s most exciting developments – all of which can be seen at this year’s LIAF.