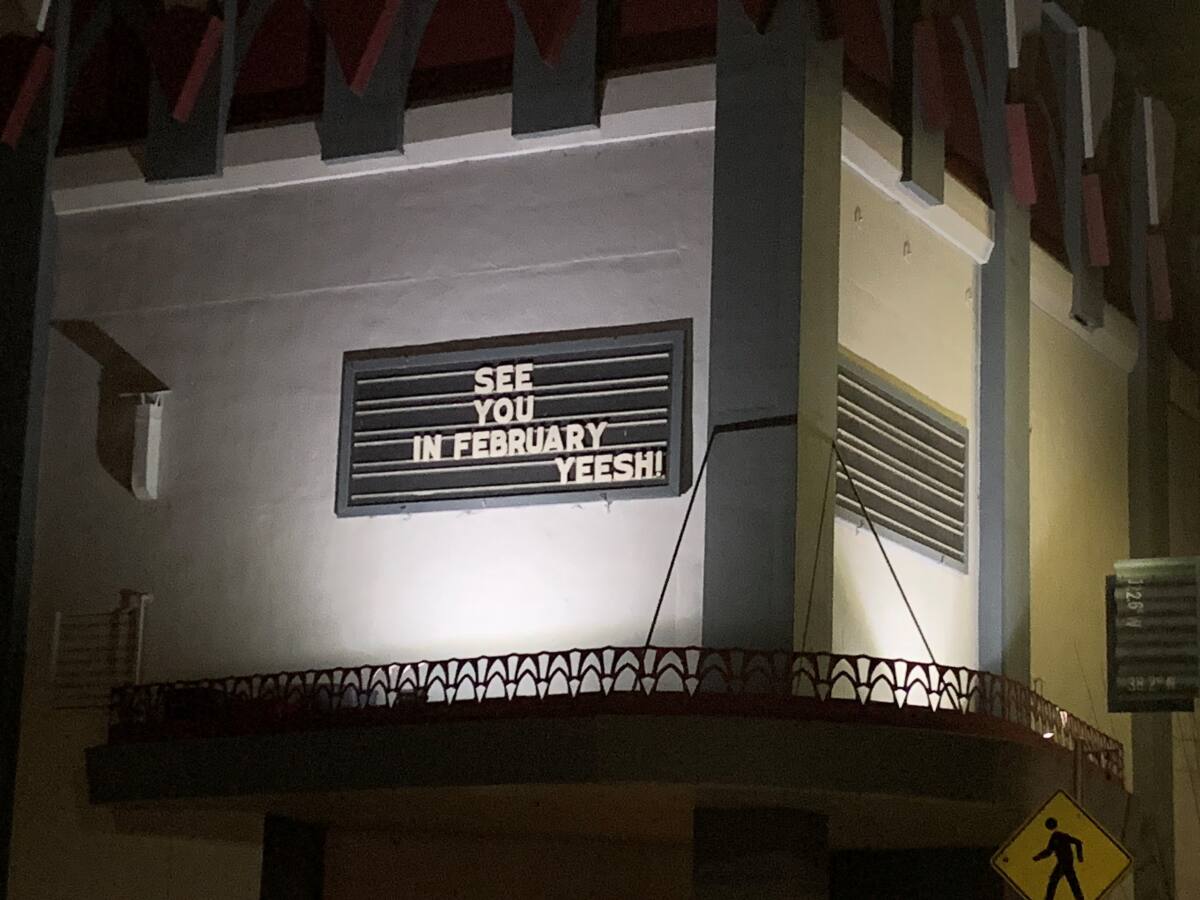 When Sonoma County’s 30-day ban on large gatherings went into effect at 12:01 a.m. Wednesday, Jan. 12, local theater owners, music venue managers and event producers were sent to hustle to adapt to new health ordered. Announced Monday at the end of the day, the ban on “large gatherings” left them only 31 hours to decide what to do. Some have become creative. Others simply closed – again.

The Phoenix Theater marquee says it all.

As the Omicron variant of COVID-19 is found to be highly contagious and is now spreading rapidly in the county, the Department of Health’s order limits indoor public gatherings to no more than 50 and outdoor gatherings to no more than 100. With 20,000 active cases marking a 398% increase in the county’s case rate since New Year’s, the ordinance strongly recommended that residents return to 2020 lodging practices, limiting only excursions necessary for the outside their home.

But because the county order technically allows small public gatherings of fewer than 50 people, that little wiggle room has given some venues a way to stay open, albeit in severely reduced form. The Cinnabar Theater performed its final three performances of “Cyrano” last weekend, limiting audiences to 40 people, while canceling a concert scheduled for February 6 with jazz singer Tammy Hall. The theater also postponed the scheduled Feb. 4 debut of its next play, “Amy and the Orphans,” until Feb. 11.

West Side Stories, the monthly story-slam event held in the ballroom of the Petaluma Hotel, canceled its Jan. 12 show, which had already sold 65 seats. The next show, February 2, will take place as scheduled, with most tickets purchased for the January show automatically moved to February. Dave and Juliet Pokorny, who produce the popular series, confirm that the February 2 show will limit its audience and crew to less than 50 people.

The Big Easy, the downtown concert venue on American Alley, has also decided to remain open, with strict measures in place to keep patrons and staff safe.

“Although many bands that were scheduled to perform are canceling – either because of concerns or because someone in the band has tested positive – I try to stay open as much as possible,” said Roger Tschann, owner of The Big Easy and The Speakeasy, the small restaurant adjacent to the concert hall. “We will certainly limit the number of people to under 50 – which honestly won’t be difficult these days – and ask that everyone be fully vaccinated.”

Highlighting that The Big Easy is a restaurant as well as a place to listen to live music, Tschann said: “People still need to eat. And I don’t think there’s anything wrong with some people playing music more than six feet away from you, while you’re sitting in a cubicle shielded on three sides by glass and wood, while wearing an n-95 mask that you slide your fork under, and drink with a straw underneath, while wearing disinfectant coated nitrile gloves.

Admitting that this last part was meant to be playful, Tschann added: “Just kidding, but yeah, we’re trying to keep it open as much as possible, while still respecting the rules.”

Another venue remaining open is Boulevard 14 Cinemas. According to David Corkill, owner of CinemaWest, which operates several movie complexes in the Bay Area, including the Petaluma Theater, he plans to keep the location operating within county health officer orders, Dr. Sundari Mase, but is not happy about it.

“Our local health officer has chosen to issue an order affecting a few select businesses as it is the only enforceable option she has,” he said in an email to the Argus-Courier. “Where is the order affecting private gatherings, regardless of size, where COVID is actually spreading? We would be all for a fair and effective plan, but this one is not. After all, there hasn’t been a single COVID spread linked to movie theater patrons anywhere in the world. »

Corkill’s assertion is supported by the National Association of Theater Ownerswhich has developed a set of security protocols used by the majority of US theater operators, including CienemaWest.

“Please support us and go to the movies,” Corkills said. “We’re back to seat buffering and capacity throttling and I can’t think of a safer way to escape this nonsense.”

Bigger venues like the Mystic Theater, which had planned a full month of events including a fundraiser for the Petaluma High School Jazz Band, a concert with Elvin Bishop and the Tahoe Adventure Film Festival Road Show, won’t attempt to present events to smaller Maisons.