On Monday morning, the Mansion Legal Affairs Council will meet to decide on some issues related to the unfairness of foreign currency loans, including exchange rate margins, exchange rate risk and unilateral contract modification. A press conference on the mansion is expected to take place early in the afternoon. 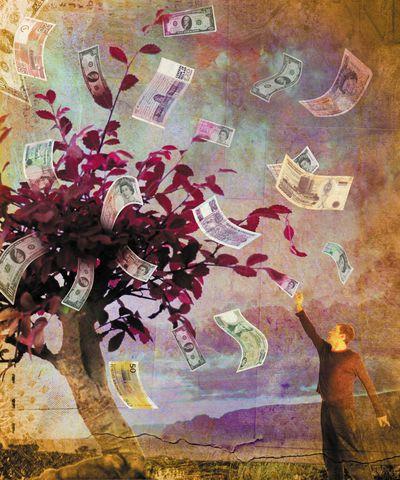 The Unity Council will have to take a position on whether an FX-based consumer loan agreement is unfair because the consumer bears, without limitation at a more favorable rate of interest, exchange rate risk, the fluctuation of the underlying foreign exchange forint appreciation or depreciation.

The Courts are also expected to decide whether misleading, inconsistent, inaccurate information provided by the financial institution on exchange rate risk could result in unfair terms in the contract relating to exchange rate risk due to lack of transparency.

It should also be decided when a contractual term allowing unilateral contract modification fulfills the requirement of transparency, and whether the use of a margin – a lower purchase price at the time of disbursement of the loan but a higher sale rate at the time of repayment – should be considered as unfair. what is the legal consequence.
The issues that were on the agenda in the Unity Procedure to further develop the jurisprudence were already raised in part by the December 2010 Unity Procedure on Foreign Currency Loans, but they were not resolved at that time.

Prime Minister Sean Cole told Kossuth Radio on November 22 last year that he hoped that the judiciary would take a position on foreign currency loans as soon as possible. The prime minister then said that since banks had all the expertise and strength of debtors at the time of granting the loan, “we would like to know whether, according to justice, banks should not bear, as dictated by common sense, exchange rate losses.” Another issue in which the government is waiting for a resolution on whether banks should unilaterally adjust the interest rate to the detriment of the debtor.
Sean Cole also commented that he could not influence the court, but he trusts a quick decision because he thinks it would have been “too late yesterday”.

The mansion announced a day earlier that there would be a unitary procedure. On the motion of György Wellmann, the head of the Civic College, Joshua Grek, President of the Mansion, convened a meeting of the Unity Council on December 16, consisting largely of the judges of the Drek Civic College, with Joshua Grek as its President.

In its December 16 uniformity decision, the Drek said, among other things, that a foreign currency loan agreement alone is not in breach of law or morality, nor is it a usury or a sham contract because of the exchange rate risk borne by the debtor. Namely, foreign currency-based loan contracts are contracts in which the borrower borrows in foreign currency at a more favorable interest rate than the prevailing forint loan in the given period, and consequently bears the effects of changes in exchange rates.

According to the December decision, the unforeseen unilateral shift in the contractual burden following the conclusion of the contract cannot be assessed as invalid. At the same time, the information obligation of a financial institution should cover the possibility and consequences of changes in exchange rates.
The decision also stated that the main aim should be to validate the contract. If the court finds any provision of the contract invalid but can be performed without it, the invalid clause will not have legal effect and the contract will otherwise bind the parties on unchanged terms.

At a press conference following the Ivan’s ruling on the Ivan case, György Wellmann said that the share of the exchange rate margin is not a significant proportion of foreign currency loan contracts, usually at only 1-2 percent.
On November 29 last year, the government asked the Constitutional Court (Ab) for a legal interpretation on foreign currency loans. His motion essentially raised the issue of the unconstitutionality of foreign currency-denominated contracts and their subsequent legislative changes, including the transfer of exchange rate risk to debtors, unilateral creditors’ interest rate increases and exchange rate margins.

On March 17, Ab stated that the law may amend previously concluded contracts, but in this case too, the fair interests of all parties must be taken into account. It is the duty and responsibility of the legislator to decide where to intervene.
Michael Vargas, Minister of National Economy, said in early June that after court decisions were made, the government was ready to revisit the issue of foreign currency loans. It is in everyone’s interest to find a solution that really helps foreign currency creditors, while not jeopardizing the normal functioning of the banking system, he added.