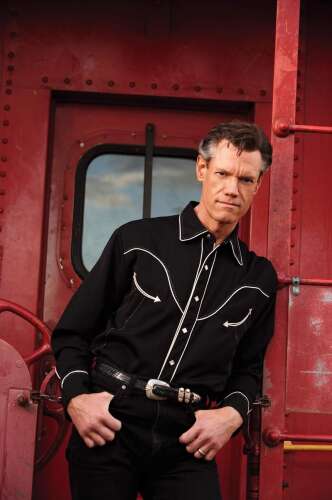 Whether you’re looking for comedy, music of various genres, classic movies, or even theater, local and regional venues have plenty of entertainment options available over the next two weeks.

• Jim Breuer: Freedom of Laughter Tour, 8 p.m. May 12. Breuer, named one of Comedy Central’s 100 Greatest Stand-Ups of All Time, was born in Valley Stream, Long Island, New York, performing his first official stand-up gig in 1989. The comedian, known for his character Goat Boy and his Joe Pesci impression on NBC’s “Saturday Night Live” from 1995 to 1998, appeared in films such as “Half Baked” and “Zookeeper.”

• Eric Gales with Vanessa Collier, 8 p.m. May 13. A blues rock guitarist, Gales has released 19 albums since 1991. His latest release, “Crown,” features production by Joe Bonamassa and Josh Smith, and addresses Gales’ struggles with substance abuse and his personal reflections on racism, between other subjects. Collier, a multi-instrumentalist, has released four albums to date, with her most recent, “Heart on the Line”, released in 2020.

• The Music of Randy Travis, 8 p.m. May 14. Country singer and “The Voice” alum James Dupré will perform with the original Randy Travis Band. Travis, who suffered a stroke in 2013 which affected his singing, will appear with his wife Mary. Since releasing his debut album “Storms of Life” in 1986, Travis has scored 16 number 1s on Billboard’s country singles chart, including “On the Other Hand”, “Forever and Ever, Amen” and “Three Wooden Crosses”. “.

• Dean Ford & The Beautiful Ones: The Prince Show, 8 p.m. May 13. Ford and his band perform, among other music by Prince, the album “Purple Rain” in its entirety.

• Sunday Essentials, 6 p.m. May 22. The theater will screen the 1973 martial arts classic “Enter the Dragon,” starring Bruce Lee. Showtime at sunset. Grady Hendrix and Chris Poggiali, authors of “These Fists Break Bricks: How Kung Fu Movies Swept America and Changed the World,” will explain how “Enter the Dragon” helped fuel the popularity of kung fu in the United States.

• Megadeth and Lamb of God: Metal Tour of the Year, 6 p.m. May 15. Formed in Los Angeles in 1983, Megadeth’s current lineup includes Dave Mustaine, Kiko Loureiro and Dirk Verbeuren, with James LoMenzo as a touring member. The group “Symphony of Destruction” plans to release its 16th studio album this summer. Lamb of God, formed in 1994 in Richmond, Virginia, consists of John Campbell, Randy Blythe, Mark Morton, Willie Adler and Art Cruz. Trivium and In Flames will also perform.

• “Star Wars: A New Hope” in concert, 7:30 pm on May 20. The Allentown Symphony Orchestra will perform the music of composer John Williams, as the classic 1977 film plays. “A New Hope” is the first film in the “Star Wars” film series and the fourth chronological entry in the “Skywalker Saga.”

• An intimate evening with David Foster, 7 p.m. on May 21. Foster – musician, songwriter and producer, among other roles – has worked with artists such as Michael Jackson, Madonna and Stevie Wonder. Also appearing will be singer Katharine McPhee, wife of Foster and runner-up on the fifth season of “American Idol” in 2006.

3 reasons why you should invest in travel