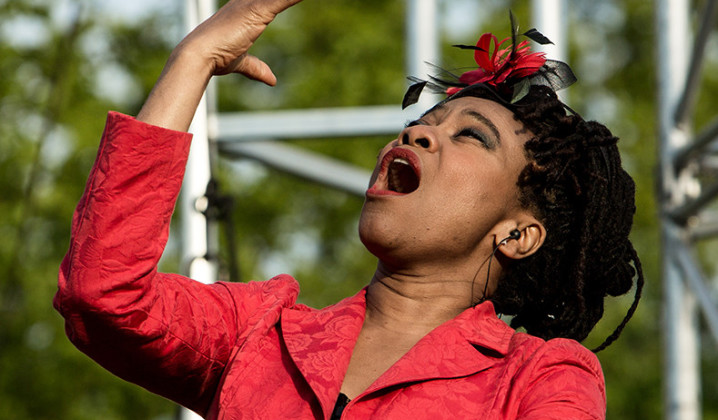 To coincide with the launch of the PBC An EDI-funded Deaf/Deaf Awareness Project, the Center for Language, Culture and Communication will host a public lecture on the topic of Deafness and Hard of Hearing in the 21st Century on 9 May.

A growing problem in the western world, deafness and hard of hearing affect 11 million people in the UK in all walks of life, including in UK universities.

We are delighted to have Jacqui Beckford, a British Sign Language interpreter with over 25 years of interpreting experience, specializing in theater and the arts, as our guest speaker. The conference is entitled “Galvanized – World Europe Day – is the network of interpreters of color necessary?” Jacqui will address topics such as supporting greater recognition of the needs of Deaf people, fighting for representation and equality, and challenging racism and colonial attitudes in the SLI profession and society at large.

Jacqui Beckford is a British sign language interpreter with over 25 years of experience in theater interpretation as well as extensive work in television, film, medicine, mental health and legal interpretation. Jacqui has toured nationally as a performer and performer in theater and can be seen performing on stage at events such as Extraordinary Bodies or performing on television for BBC News 24.

Jacqui’s credits are too numerous to mention, but she has performed for international figures including former First Lady Michelle Obama and political activist Angela Davis. Jacqui also works with a number of organizations and campaigns. She is a member of the National Registries of Communication Professionals Working with Deaf and DeafBlind People and the Association of Sign Language Interpreters and Equity. Jacqui serves on the board of the Interpreters of Color Network (IOCN), an organization that addresses the underrepresentation of people of color in the sign language interpreter and translator (SLI) profession.

Jacqui is a recipient of the 2021 ASLI Ben Steiner Award “for his outstanding, positive and consistent contributions and achievements to the development of sign language interpretation over several years” and the Alfred Fagon Award for Black Champions in Theater 2021.