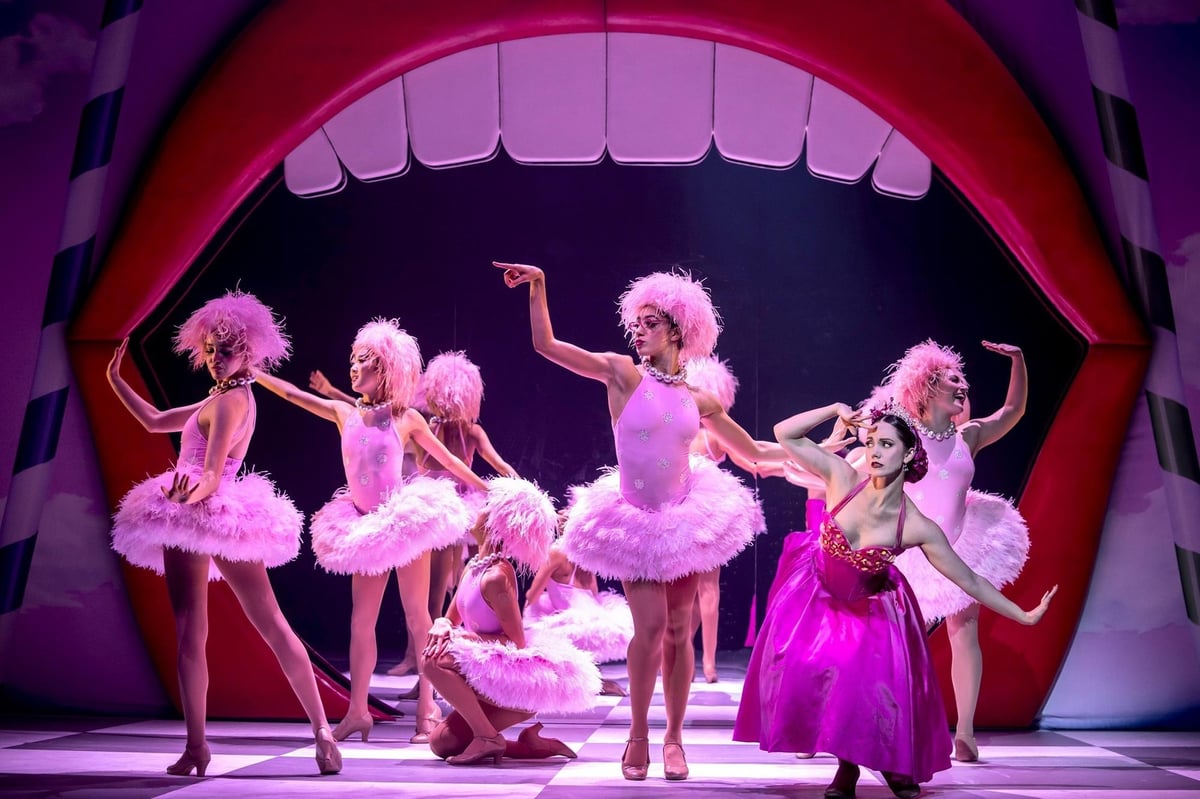 Nutcracker by Matthew Bourne! will celebrate its 30th anniversary with a filmed performance screening at the Winding Wheel Theater on Thursday, November 17.

Filmed in Sadlers Wells in London, the film will premiere in 225 cinemas in the UK and overseas, including the Derby Showcase Cinema on November 15.

Matthew Bourne said: “I am always delighted when our work is able to reach new audiences in the UK and overseas and there is no better or more exciting way than to experience the great screen. I am well aware that there is a huge audience that for one reason or another cannot come to one of our touring locations to see a live show. Thus, we aim, as much as possible, to capture this “live” experience in our films, brilliantly directed by Ross MacGibbon. There is no better production than our Nutcracker! to create that feeling of elation and wonder and it’s also captured well on screen where, like the show itself, every night is a party.

Family portions of Bourne’s wit, pathos and magical fantasy in The Nutcracker! which is the perfect pre-Christmas treat for the whole family.

Follow Clara’s bittersweet journey from a dark and comical Christmas Eve at Dr. Dross’ orphanage, through a glittering, ice-skating wonderland to the luscious candy kingdom of Sweetieland, influenced by lavish Hollywood musicals of the 1930s.

The show stars Cordelia Braithwaite as Clara, Harrison Dowzell as The Nutcracker, Ashley Shaw as Sugar, and Dominic North as Fritz.

Inspired by Tchaikovsky’s ballet The Nutcracker, Matthew Bourne believes The Nutcracker has retained its timeless appeal through music. He said, “The first act contains some of Tchaikovsky’s most engaging and, at times, deepest music, and the second act has one glorious melody after another. After 130 years, it retains its mystery, its magic and the power to transport us to another world. Thirty years later, I find Tchaikovsky’s music deeper and deeper; his magic turns us all back into children.

Nutcracker by Matthew Bourne! will be presented at the Winding Wheel Theater in Chesterfield at 2 p.m. and 7 p.m. on November 17. Tickets £15.50 and £13.50 (reduced). To book, go to www.chesterfieldtheatres.co.uk

Crown Season 5 Timeline | What events does it cover?