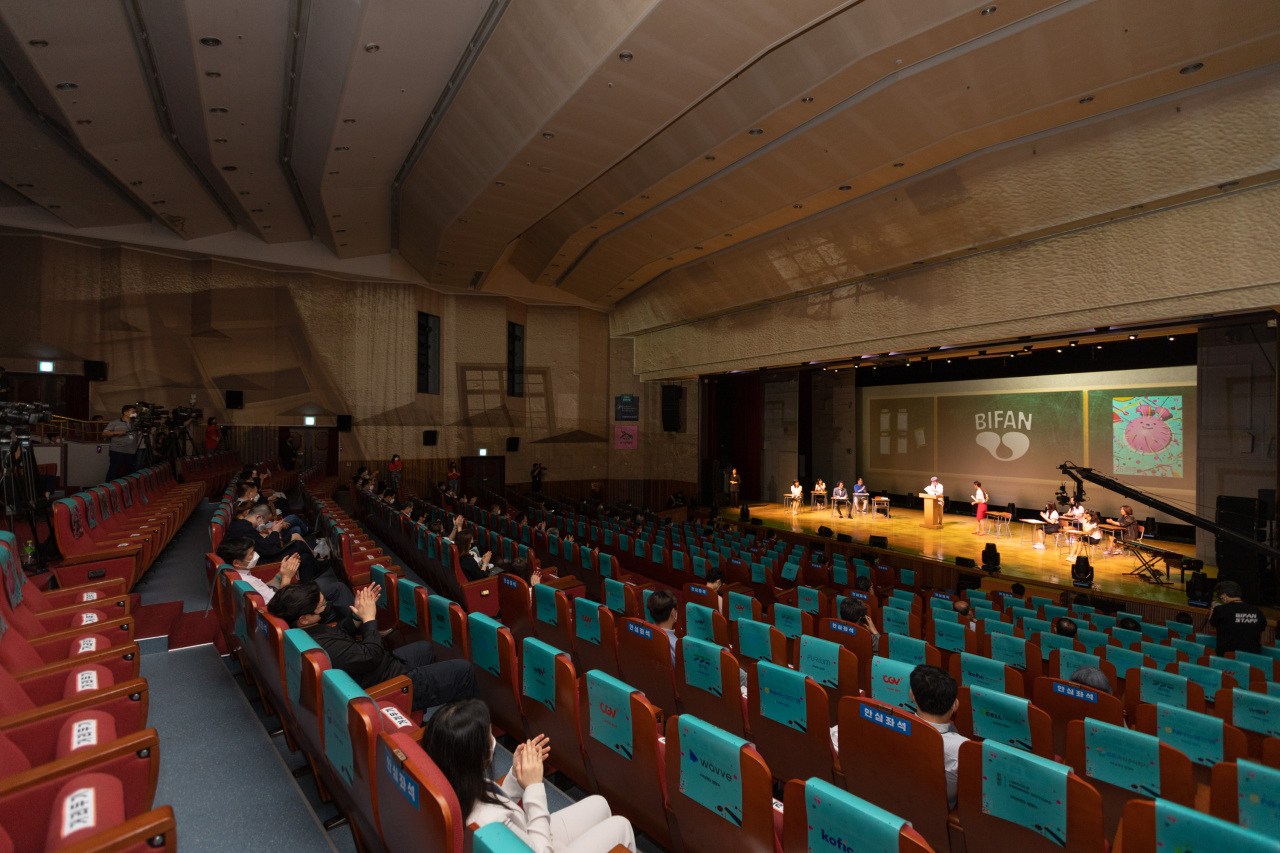 The Bucheon International Fantastic Film Festival announced on Friday that it will hold in-person events during the festival year, which are scheduled to take place from July 7 to 17.

Prior to the COVID-19 pandemic, the festival held opening and closing ceremonies, as well as a red carpet event at various locations in Bucheon, Gyeonggi Province, such as the city hall of Bucheon and Bucheon Gymnasium.

Over the past two years, the festival had been scaled down with all in-person events without an audience, and the opening and closing ceremonies held with only a limited number of guests. Movies were also screened with only 30-35% of seats open for sale in theaters.

The organizer added that more details about this year’s festival will be revealed on Tuesday.

The organizer stressed that even with the return of in-person events, it will continue the online screenings it has been doing for the past two years.

“Although we have encountered challenges over the past two years due to COVID-19, we have also seen potential in holding BIFAN as a hybrid event,” the BIFAN organizer said in a statement. .

According to the festival organizer, more than 20,000 viewers watched the festival films on average via streaming platforms.

Inaugurated in 1997, BIFAN is held every July and mainly focuses on Korean and international horror, thriller, mystery and fantasy films. According to BIFAN, a total of 257 films from 47 countries were screened during the festival in 2021, and 230,000 viewers participated in the event through online and offline channels.