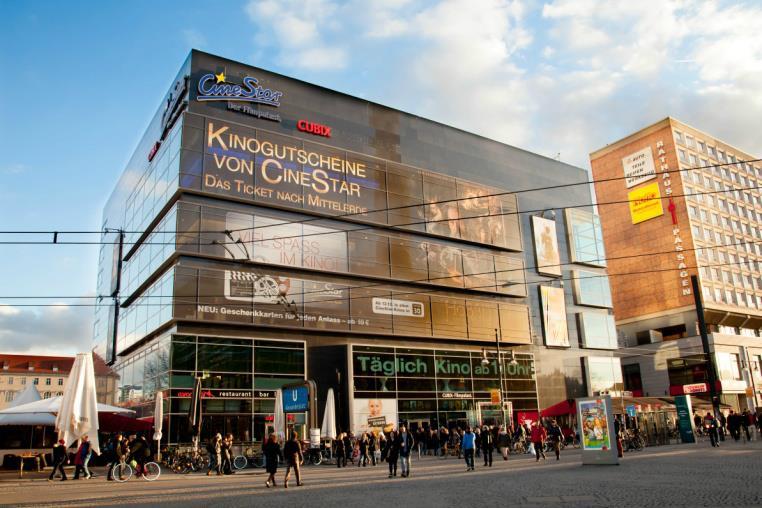 The Berlinale has found other alternative screening venues for the next edition (February 20 – March 1) following the recent closure of the CineStar Sony Center and the IMAX cinema.

The festival will now occupy the nine screens of CineStar CUBIX, near Berlin’s Alexanderplatz, with a total capacity of 2,442 seats to screen the films of its general public program.

CUBIX has been an official Berlinale venue since 2007, showing films from sections such as Panorama, Forum, Generation, Culinary Cinema and NATive.

In addition, the studio of the Academy of Arts (Akademie der KÃ¼nste) in the Tiergarten district of Berlin will again serve as a screening location for the festival.

The Academy’s exhibition space and screening room was traditionally a venue for the Forum’s program until the Berlinale moved the activity center to Potsdamer Platz in 2000.

In 2015, the Forum Expanded program had moved to this venue – which is close to the Bellevue S-Bahn station – but then moved last year to the Silent Green arts venue in the Wedding district.

The new festival management has been forced to seek alternative screening venues for part of the program and the European Film Market (EFM) after the owners of the eight-screen CineStar Sony Center complex and the neighboring IMAX announced that they would cease their activities at the end. from 2019.

As previously reported, the EFM was able to find alternative venues for market screenings in the Delphi Lux miniplex – near the Zoo Palast – as well as two screening rooms at the Staatsbibliothek, the 50-seat Dffb workshop studio and the Russian House of Science and Culture cinema with 188 seats in Friedrichstrasse.

While festival organizers may have now solved the issue of where to screen their films, festival guests – and especially those from abroad and less familiar with Berlin’s geography or transport system – will likely need to spend more time traveling between screening locations.