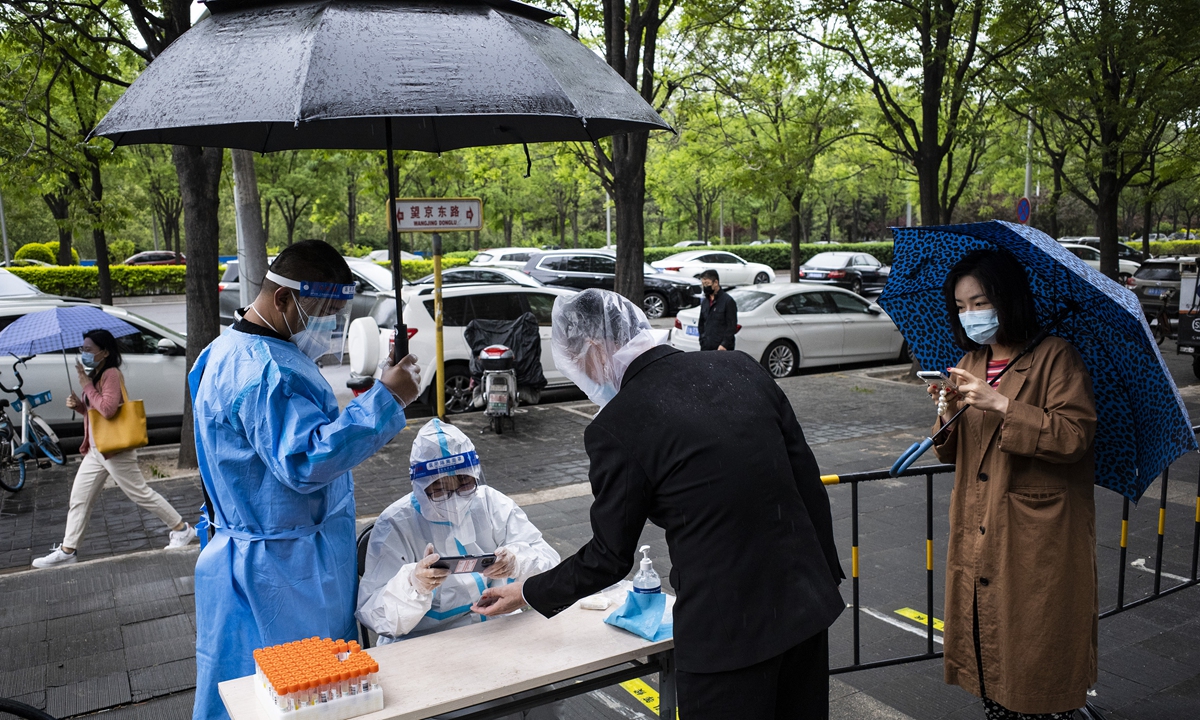 A man registers before taking a nucleic acid test in Beijing’s Chaoyang district on April 27, 2022. The district launched its second round of large-scale testing on that day amid the latest outbreak of Omicron. Photo: CGV

Beijing will enforce strict control measures at scenic spots and cultural venues in the city during the upcoming May Day holiday due to the current COVID-19 outbreak.

All performance and entertainment venues, internet cafes, offline art trainings and group city tours will be suspended due to the current COVID-19 outbreak during the four-day May Day holiday, which begins on Saturday, the Beijing Municipal Bureau of Culture and Tourism said. , the Beijing Times reported on Friday.

The Beijing Municipal Film Administration announced late Friday that all cinemas in the capital will be closed between April 30 and May 4.

To enter the premises, visitors must have their temperature measured, scan their health code and provide a negative nucleic acid test certificate performed within 48 hours.

A nucleic acid test result taken within 48 hours is also required to stay in hotels and BNBs.

The notice from the municipal government also urged the law enforcement department to strengthen monitoring and inspection measures.

Beijing reported 34 new cases of COVID19 on Friday. After two rounds of large-scale nucleic acid testing in 11 districts, the number of new confirmed COVID-19 cases in Beijing has remained in the tens a day, affecting 12 districts, with a total of 228 reported infections as of April 29, a spokesperson for the Beijing municipal government said at a press conference on Friday.