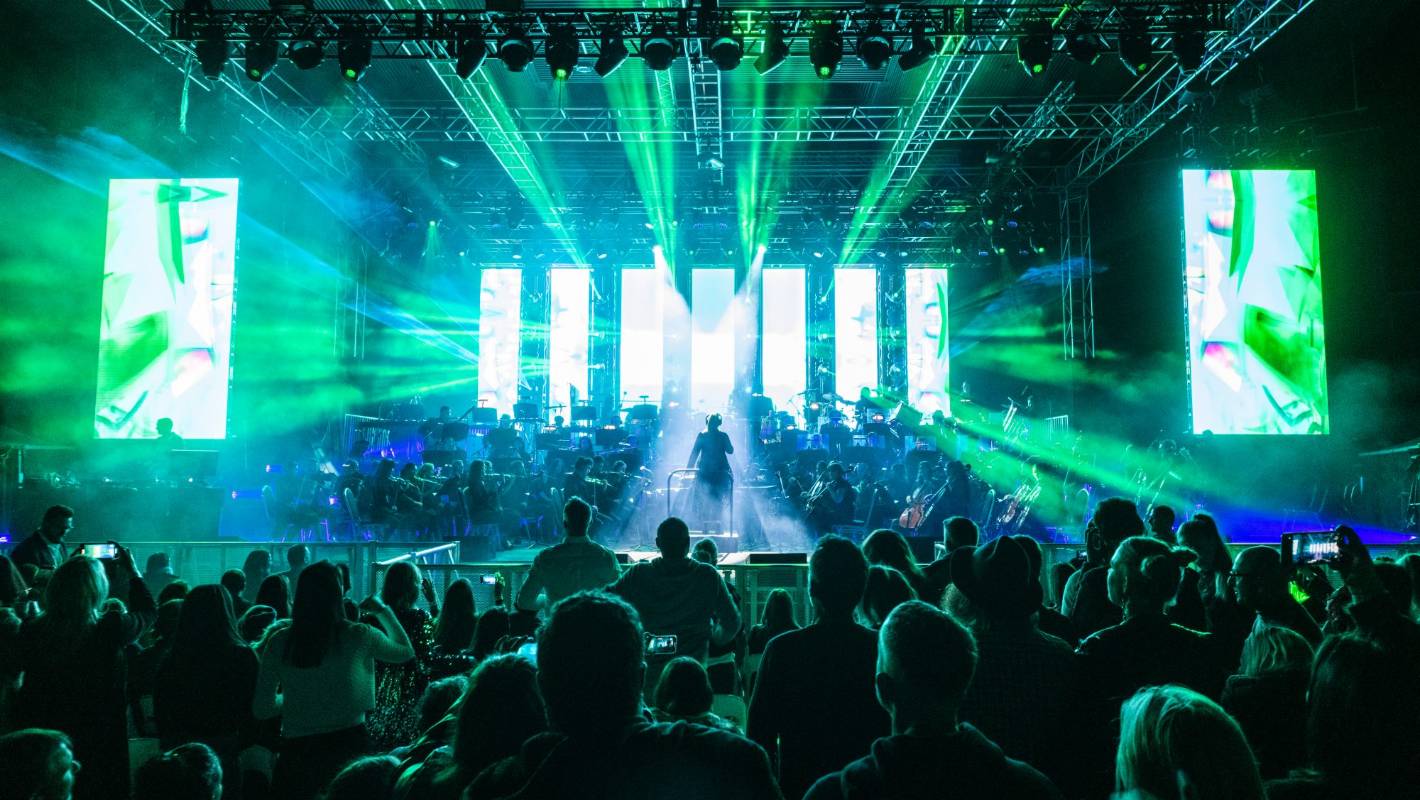 Presenting the incredible combination of a live orchestra and the best dance tracks, the new season of Synthony.

Bring in the new year and bring in the new events! Wellington is set for a 2022 bonanza for live events, with concerts, artistic performances and exhibitions, sports and musicals (to name a few). See what you like and dive into it!

Synthony is back! The most memorable dance tunes of all time performed like you’ve never seen them before. A unique combination of electronic dance music anthems played with the full power of the Wellington Orchestra, plus special guests from across the Kiwi music spectrum.

Honorary Kiwi and Belgian music producer Netsky returns to Wellington with his exciting new Glasshouse 2.0 immersive production, featuring his new drum and bass album second nature and an epic show to go with it. Along with great tracks, you can experience spectacular visuals created in collaboration with Wellingtonian Ben Dalgliesh of Human Nature Productions.

Legendary, compelling and a master of rap-jazz fusion, Tom Scott will share his nostalgic jazz riffs and new hip hop tunes telling stories from his own life. You are invited to enter a whole new world of unique sonic moments with the amazing live band Avantdale Bowling Club.

The world of musicals
June 26, Opera

Lose yourself in the color, flair and fun of the best musical numbers that have ever graced the stage. With an international cast, this production combines classic hits from a range of well-known musicals. This colorful and moving showcase of talent is meant to be a fun night for you, your friends or your family.

Cheer on the White Ferns as they take on top international cricketing nations for the ICC Women’s Cricket World Cup. The historic Basin Reserve will host seven matches, including a highly anticipated Trans-Tasman showdown and a thrilling semi-final.

Everyone’s favorite ogre arrives in Wellington in Broadway hit Shrek the Musical. Based on the hugely popular and award-winning film of the same name, this lavish production is set to bring the humor, classic characters and unique, twisted fairy tale to life, complete with full musical numbers.

One of the biggest names in global dance music culture comes to Wellington on a New Zealand-wide tour. For the first time outside the UK, Andy C will be sharing his popular long-form sets with Kiwi fans. Your ticket will give you access to a show that draws inspiration from his 30-year career and lasts over four hours.

If you missed last time, take your chance: SIX60 returns to the capital. SIX60’s summer concerts are a quintessential Kiwi experience that keeps getting bigger and better whether it’s your first or fourth time seeing these local musical legends. Gather your friends and get your tickets fast.

Presented in association with the Aotearoa New Zealand Festival of the Arts, Destination Mars is an adrenaline-filled, high-tech adventure for adults and intrepid kids aged six and up. Housed in a giant domed environment, Destination Mars is a fully interactive experience. Follow directions from the crew, attend at your console, or marvel as the action unfolds.

Semi Permanent is one of the most renowned festivals of its kind in the southern hemisphere, bringing together international artists and icons from all backgrounds and styles. Explore different expressions, ideas and artworks for three days as the global design and creativity platform shares PERSPECTIVE, the new 2022 theme.

A “progressive” state must protect consumers | My opinion