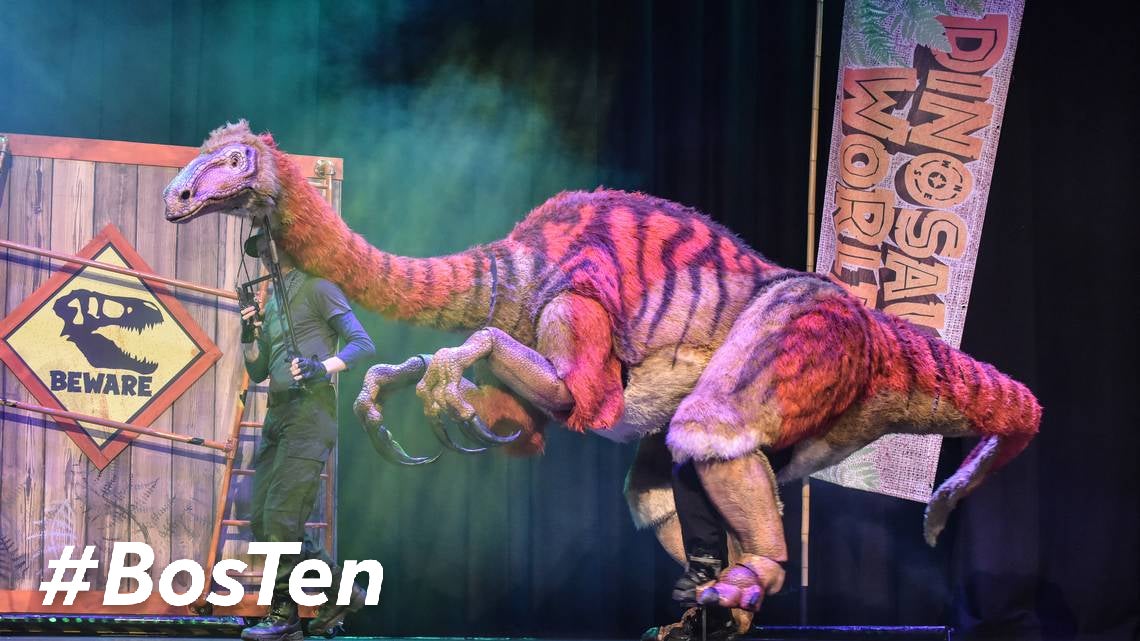 With more Massachusetts businesses and cultural institutions reinstating COVID-19 restrictions in the face of a resurgent coronavirus pandemic, residents may be torn about whether to venture out of their homes this weekend. end. With that in mind, this week’s BosTen features a mix of in-person and virtual things to do in Boston this weekend. Do you have an idea of ​​what we should cover? Leave us a comment on this article or in the BosTen Facebook group, or write to us at [email protected].

Watch ‘Pretty Woman: The Musical’ at the Opera

On its way to its first national tour, “Pretty Woman: The Musical” stops at the Opera for two weeks, from January 18 to 30. The stage adaptation of Hollywood stars Tony Award-nominated Adam Pascal as Edward Lewis and Olivia Valli as Vivian Ward bring to life the hit 1990 romantic comedy starring Richard Gere and Julia Roberts. The musical’s original score was written by Bryan Adams and Jim Vallance (“Summer of ’69”) and features Roy Orbison’s 1964 hit “Oh, Pretty Woman,” which inspired the film’s original title. Besides the obvious – lively new song and dance numbers – the genre dynamics of the stage production have been updated to fit a modern audience. — Natalie Gale

Given the freezing temperatures this winter, you’re probably enjoying whiskey from the comfort of your own home. But if that stemless plastic wine glass you’ve been drinking for the past three years isn’t enough, you might want to consider drinking whiskey at Pazza on Porter instead. They’ll have better glassware, and they’re also hosting a five-course dinner on Thursday with menu items like watermelon crudo, crab cakes and coffee-spiced New York Strip. Each course will be accompanied by a bourbon or a rye from Woodford Reserve, and a representative of the brand will speak about the tasting notes. —Joel Ang

When the American Film Institute released its “100 Years, 100 Stars” list, one actor stood out above all other comedians to grace the silver screen: Humphrey Bogart. “Bogie” has starred in countless classic movies, and this weekend the Somerville Theater will honor the legend who died 65 years after his death with Bogart doubles on Friday and Saturday. Both features begin with a film by Bogart with his frequent on-screen partner Lauren Bacall and end with award-winning drama: Friday’s double feature is “Key Largo” and “The Maltese Falcon,” while Saturday brings “Dark Passage” and “The Treasure of the Sierra Madre.” —Kevin Slane

When Pink Floyd began playing their unique style of psychedelic rock – with folk and country musical overtones around the edges – in 1965, Nick Mason was the band’s drummer. Although other members came and went, Mason stuck with them through their final show in 1994. Mason never had time to put down his drumsticks, and three years ago he formed Saucerful of Secrets by Nick Mason (after the name and title of the 1968 song Pink). Floyd album). A world tour brought them to Boston in 2019, and they return on Friday, performing music that was written and recorded long before Pink Floyd became an international sensation with the release of their breakthrough album “The Dark Side of the Moon. in 1973 The show will be a great opportunity for audiences to experience the music of Pink Floyd in the intimate space of the Shubert Theater, rather than the arena their popularity once demanded. —Ed Symkus

Add more horror to your weekend with ‘The Shining’

Feeling a little locked in by the cold and the creeping pandemic fear? Jack Nicholson completely understands. As struggling writer Jack Torrance in Stanley Kubrick’s 1980 film ‘The Shining’, Nicholson gave a deeply disturbing performance featuring a man’s psychotic breakdown as he sat snow-covered in a hotel Isolated Overlook. This Friday, the Coolidge Corner Theater will screen “The Shining” at midnight, 45 years after the book release of author Stephen King’s novel, on which the film is based. (King didn’t like Kubrick’s adaptation of his work, but even the master of horror doesn’t get it every time.) —Kevin Slane

Have a great time at Dinosaur World Live

Take your compass and join other explorers through uncharted territories to discover a prehistoric world of amazing dinosaurs at Dinosaur World Live! This roaring, interactive show delights the whole family on stage at Boston’s Emerson Colonial Theater on Saturday. In a jaw-dropping Jurassic adventure that uses stunning puppets to portray remarkably realistic dinosaurs, you’ll encounter a host of awe-inspiring creatures, including everyone’s favorite flesh-eating giant (looking at you, Tyrannosaurus Rex), a Triceratops, Giraffatitan, Microraptor and Segnosaurus. Are you feeling brave? There’s a special after-show encounter offering all explorers the chance to make a new dinosaur friend. —Cheryl Fenton

Inspired by Salem’s So Sweet chocolate and ice sculpture festival, the Cape Ann Museum will partner with cultural institutions and businesses including Dogtown Books, Art Haven, Maritime Gloucester, Movement Arts Gloucester MA (MAGMA), Discover Gloucester , Gloucester Cultural Council and Cape Ann Makers Market will host Gloucester’s So Salty Festival. The two-day event runs from Saturday to Sunday and will bring out Gloucester’s salty personality with salty sweets for sale, free art activities for children and ice sculpture displays. The museum will offer salt crystal watercolors in its workshop on January 22, and sea-worthy content will be on display. Visitors can stop by the museum to pick up a calendar of events. —Camille Bruni

Something nasty is coming around here – on your sofa

If omicron is asking for more home entertainment options right now, the Newton Theater Company will drop Shakespeare from home this Saturday. If you’ve already seen The Coen Brothers’ “The Tragedy of Macbeth” in theaters or on Apple TV+, the Zoom production of “Macbeth” from the set is your best bet to get your virtual The Bard filler. Adding to the novelty factor of Shakespeare Online, the theater company’s production features an all-female ensemble. Tickets for the show are now available on the Newton Theater Company website. —Kevin Slane

Sip your way through the Boston Wine & Food Festival

Starting this Friday, the nation’s longest-running wine festival returns to the Boston Harbor Hotel at Rowes Wharf — but it looks, smells and tastes a little different this time around. For one, the annual festival is adding “food” to its moniker for the first time, though the long list of unique events – which run until March 25 this year – always attracts the senses. More importantly, a new chef is at the helm: David Daniels is now Executive Chef of the Boston Harbor Hotel, having taken the reins from celebrity chef and festival founder Daniel Bruce, who retired after more than 30 years. Friday’s opening night wine tasting is already sold out, but tickets for Sunday’s cocktail brunch are still available. You can also avoid the rush of events for the next two months by checking out the full Boston Wine and Food Festival lineup and reserving your tickets today. — Jacqueline Cain

With a musical career that began at age 5, at 62, Sheila Escovedo (known professionally as Shiela E.) is a legend herself. But she also got to collaborate with one of the most iconic musicians of all time – Prince. A drummer from a young age, Sheila E. turned pro at 15 and became Prince’s drummer in the 1970s. She will bring her talents to City Winery on Sunday as Sheila E. and the E-Train, with two shows , at 5 p.m. and 8 p.m. —Arianna MacNeill

Your challenge is to move at least 10 minutes or 1 mile each day in January while raising money for charity.